Spatial visions for a future-oriented development of Lusatia - they will be created by July as part of the planning laboratory "Raumbilder Lausitz 2050" (Spatial Images Lusatia 2050 - Designing Sustainable Transformation). 24 national and international teams applied to take part, and four of them were selected. The planning laboratory has now officially started with a two-day kick-off event at the end of March and excursions to the region in the midst of structural transformation in April.

The excursions to Lusatia kicked off the cooperative planning laboratory "Spatial Images Lusatia 2050 - Designing Sustainable Transformation" for four interdisciplinary teams. They are now working on the development of an integrated spatial vision for structural change in Lusatia. To begin with, the teams travelled through the region - in small groups and exclusively with external appointments due to the current Corona situation.

Until July, the teams will be working on analyses, concepts, strategies and spatial visions for the most sustainable transformation possible in Lusatia. The focus is on the question of what consequences structural change will have for the spatial development of Lusatia. These aspects have been given little consideration in the planning for the coal phase-out to date. With a view to the year 2050 for the spatial images to be designed, the teams can detach themselves from the current discussions about the coal phase-out and develop visionary ideas. They will be advised by experts from the region.

At the end of March, the teams were able to prepare for the topic at an online event. They met decision-makers from the region as well as experts who deal with central topics of structural change from different scientific professions and perspectives. At the event, strategies and drafts developed to date by the states of Brandenburg and Saxony as well as scientific work on the topic were presented and reflected upon. Selected representatives of Lusatian municipalities presented their views and concerns in a panel discussion. The teams hat the opportunity to discuss initial theses on the task with experts from the region. The aim of the event was to give the planning teams a quick introduction to the potentials, challenges and perspectives of the region and thus to start the working process.

"The teams approach the task with a fresh view from the outside. This is important in order to achieve actually visions for the future spatial development of the region. At the same time, we provide them with expertise from the region so that the visions are also linked to the local conditions", explains project leader Prof Dr Robert Knippschild.

Until July, the teams now have to work on their strategies, visions and spatial images for Lusatia. At the end of May they will present their first preliminary results for discussion at an interim colloquium. After the planning lab, the possible implementation of the spatial images that have emerged will be discussed in transfer workshops with a broad circle of regional actors.

The planning laboratory "Spatial Images Lusatia 2050 - Designing Sustainable Transformation" is part of the project "Scientific support of the transformation process in Lusatia Region", which is funded by the Federal Ministry of Education and Research. The IOER/IZS is supported in the implementation of the planning laboratory by "KARO*architekten Kommunikation I Architektur I Raumordnung" from Leipzig.

Further information on the planning laboratory (in German)

What comes after brown coal? In Lusatia, many questions arise in connection with the planned energy transition. The region is once again in the midst of a transformation process that encompasses all areas of society. In the course of this, problems and potentials of this process for the future of the region are to be identified in the context of the project "Transformation Lusatia". Proposals for designing a successful structural change will be developed on a scientific basis.

The project is being carried out primarily at the Interdisciplinary Centre for Ecological and Revitalizing Urban Transformation (IZS), which is run by the Leibniz Institute of Ecological Urban and Regional Development (IOER) together with the International University Institute (IHI) Zittau of the Technische Universität Dresden in Görlitz. The project will run from October 2018 to September 2021 and is funded by the Federal Ministry of Education and Research (BMBF).

Further information on the project (in German) 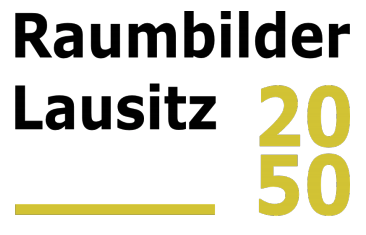